skip to main | skip to sidebar

Some 536 rock art sites have been recorded in Puerto Rico. Caves, rock shelters, and inland rock formations, along waterways, comprise the most common location for the Puerto Rican images (Hayward, Atkinson, and Cinquino 117). Caves combine both petroglyphs and pictographs, while rivers and streams contain only petroglyphs that are frequently carved on boulders. 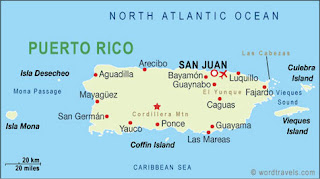 One the most well known sites is Caguana located in Utuado. Caguana is a ceremonial site consisting of a large central plaza, a ceremonial dance area, 10 rectangular earth-and-stone–lined ball courts and one circular plaza, as well as the remains of an oval-shaped structure and a sacred mound (129). 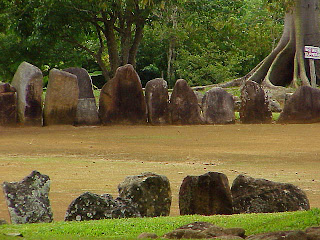 The petroglyphs figures carved into the rectangular stones are known as cemis, deities or ancestral spirits. The sculptural object that houses the spirit is known as a cemi as well. 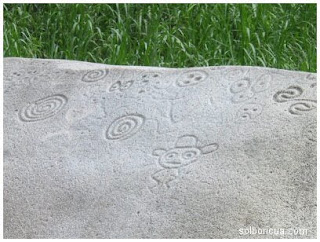 Another popular petroglyph site is Piedra la Escrita in Jayuya. This site is located in a riverbed. The petroglyphs are carved onto the rocks and consist of many anthropomorphic and zoomorphic designs.